This past weekend, I got really pissed off at my liquid eyeliner. It may have been partially hormonally induced, but I was mad! I literally just bought a liquid liner from Sephora like a month and a half ago and it’s one I’ve used before. It totally ran out on me OUT OF NOWHERE upon application Saturday morning. Completely unacceptable because I don’t even use this liner on a daily basis and in the past, this liner had lasted me over a year with the same usage. 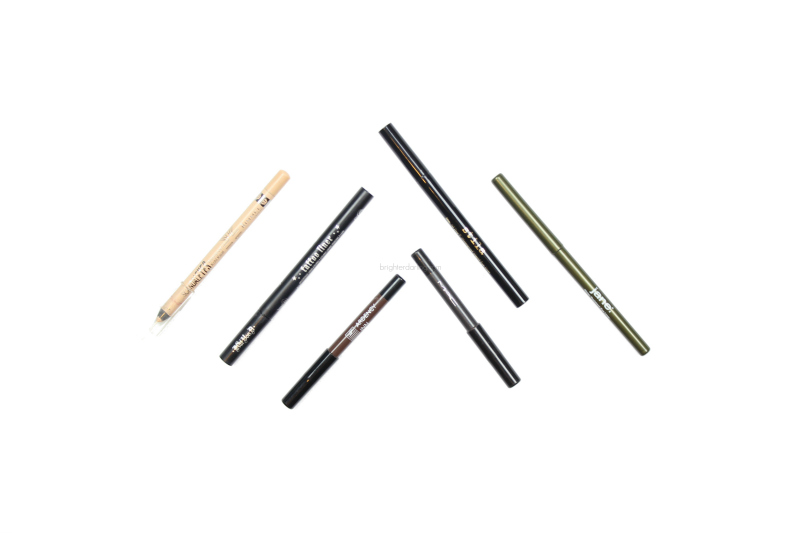 I quickly had to hit up my local Ulta to pick up another previously used brand that I KNOW lasts a year+ and it inspired me to share a try this/not that post. Continue reading to find out…

Back in 2013, I picked up the new Kat Von D Tattoo Liner in Trooper (black). It was brand new-t0-market and I really loved the fine tip brush. It was different from any other drugstore or high-end liner I had tried at that point because of that tapered, teeny brush tip. It made it super easy to drag along the upper lash line for a perfect line. I even used it to hide my false lash band on my wedding day.

After I ran out of Trooper, the makeup junkie in me had to try something new – just for fun. I picked up the Stila Stay All Day Waterproof Liquid Liner (black). It had a different, tapered felt brush tip. Still flexible, but much firmer than the KVD, so I had a bit of a learning curve to adjust to. This liner was crazy black and crazy budgeproof and after a few uses, I got the hang of it. Alas, it finished up and it was time to purchase a replacement.

I went back to KVD this past late December and as you may have guessed, sh#% hit the fan soon after.

First of all, from the beginning it wasn’t as black as I remembered. Maybe I was tainted from Stila’s dark ways, but honestly, this was just watered down almost? I also found the brush tip often skipped over shimmer shadows… which happened frequently since MOST PEOPLE USE SHIMMER SHADES ON THE LID. But the worst offense of all, was that after using it 1-2x/week for a month and a half, it just died on me. Totally dead. Exqueeze me, I do not intend on purchasing a $19 eyeliner every 6 weeks after 12 uses. F THAT NOISE.

As mentioned above, my sassy self hustled to my Ulta and picked up the Stila liner ASAP. The next day, I used it and was shocked at how pigmented black it was. Just as I remembered. Happiness. Yes, the felt tip brush sort of feels like you’re using a sharpie and yes it’s $22, but at least it stayed true-black over my shadow and I have high hopes it’s going to last more than 12 uses.

After my disappointment Saturday morning, I went to the interwebs to see if anyone else was experiencing this phenomena with the KVD liner and noticed several others complaining about the same thing. KVD Trooper – a fallen angel. 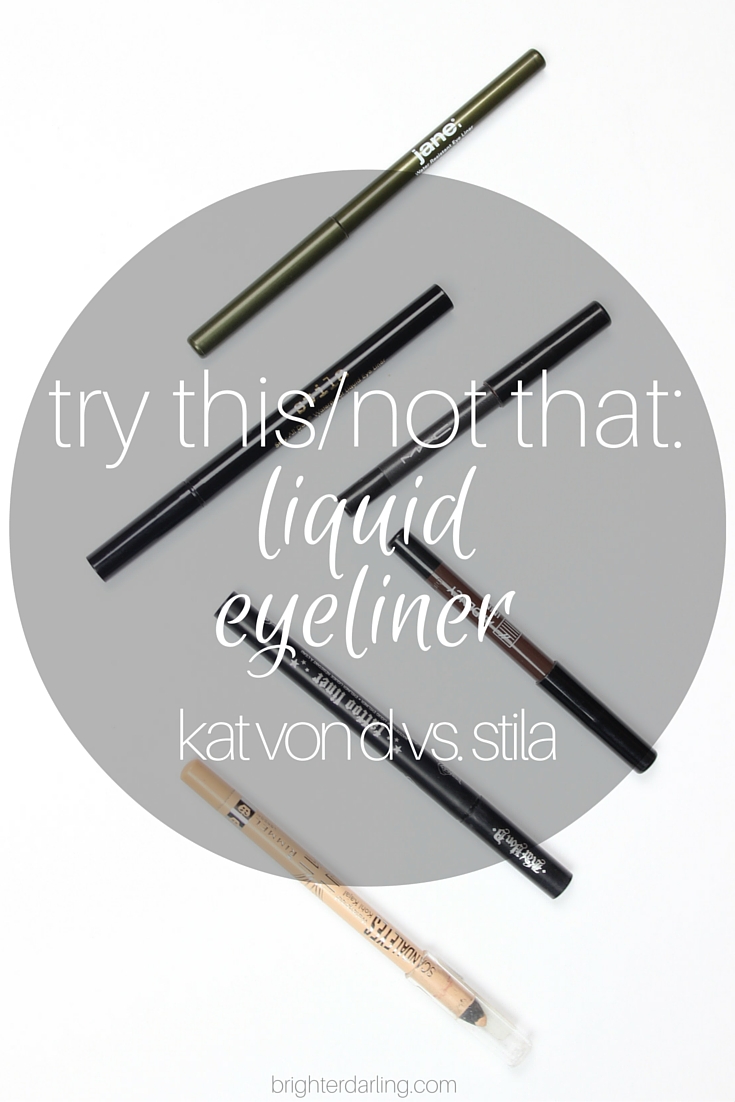 So there you have it, my little rant of the week is over and I hope you learned something. If you want an impeccably dark, easy-to-use liquid liner that should last you 6 months (daily use)-1 year (1-2x/week), then check out Stila’s.

I’d greatly appreciate your support in using any of my affiliate links throughout this post. I would not utilize affiliate links if I did not support the brand/product wholeheartedly. Read my full disclaimer here.