*Affiliate links used. Full disclaimer details here.
This is a standoff between my Holy Grail, favorite drugstore mascara – Maybelline Lash Sensational – versus my favorite, high-end mascara – Chanel Le Volume de Chanel. I have not repurchased the Chanel formula in over three years, but I remember being obsessed with the length and volume it gave my lashes. However; I could not justify the $30 price tag and felt that Maybelline’s Lash Sensational gave nearly identical results. Ready to see if I’ve changed my mind or if I’ve found a Chanel Le Volume mascara dupe? 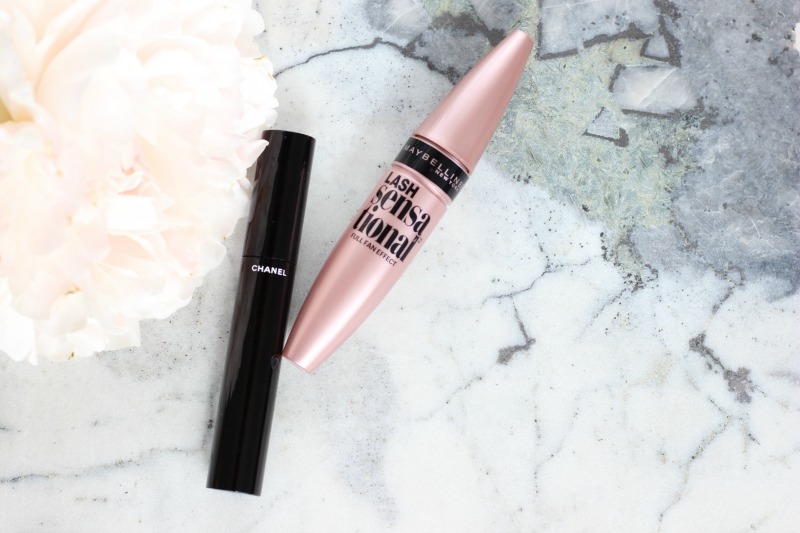 To start, let’s get the basic claims of both formulas out of the way:

Maybelline.com claims Lash Sensational ($5-6) is the ‘Best mascara for fuller, curled eyelashes. These volumizing mascaras capture lashes from root to tip for a full-fan effect.‘ As for the formula and brush, Maybelline.com says, “Exclusive fanning brush with ten layers of bristles reveals layers of lashes for a sensational full-fan effect.” Not as many bells and whistles on the marketing copy compared to Chanel, but we get the gist of it. 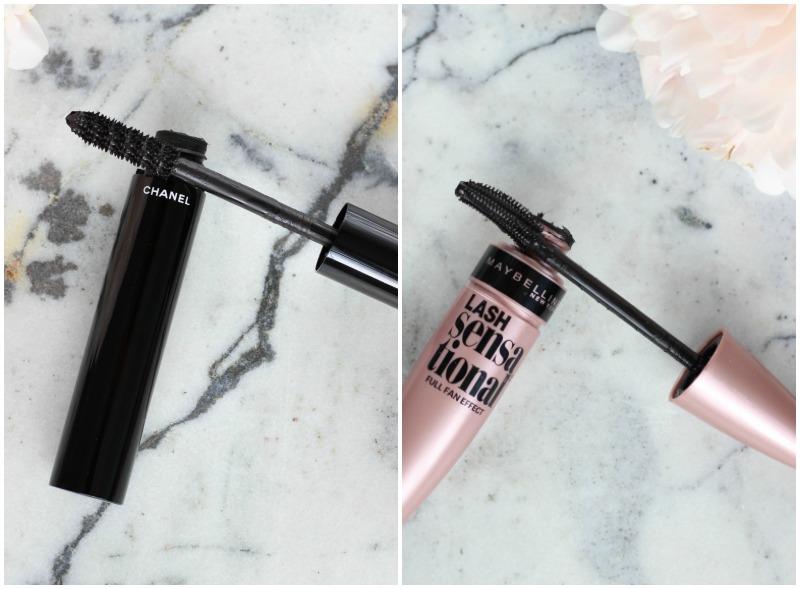 If you ask me, these sound very similar – hence why I love them both. But which does what it says and looks better, right?

Both mascaras were brand new. I used them for four days each prior to taking photos. There is no primer and I did not use a lash curler. Both formulas were layered twice (two applications/two coats) on top and bottom lashes. 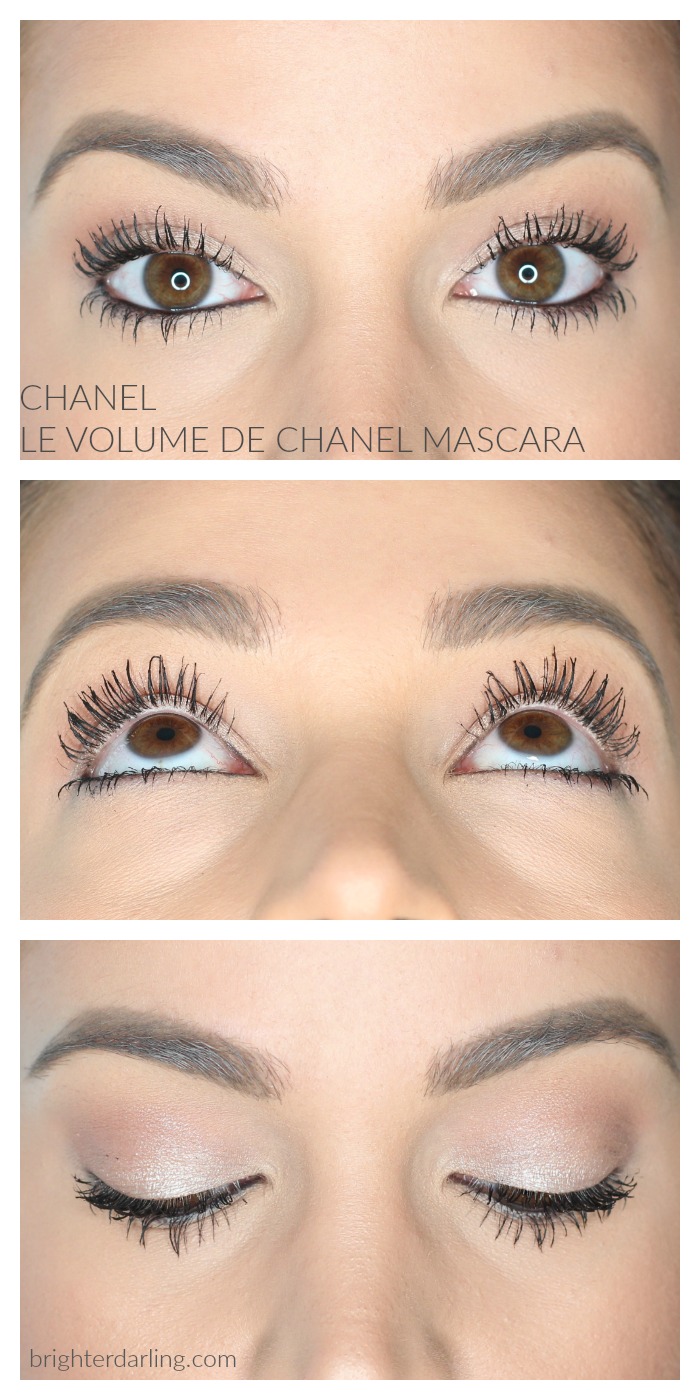 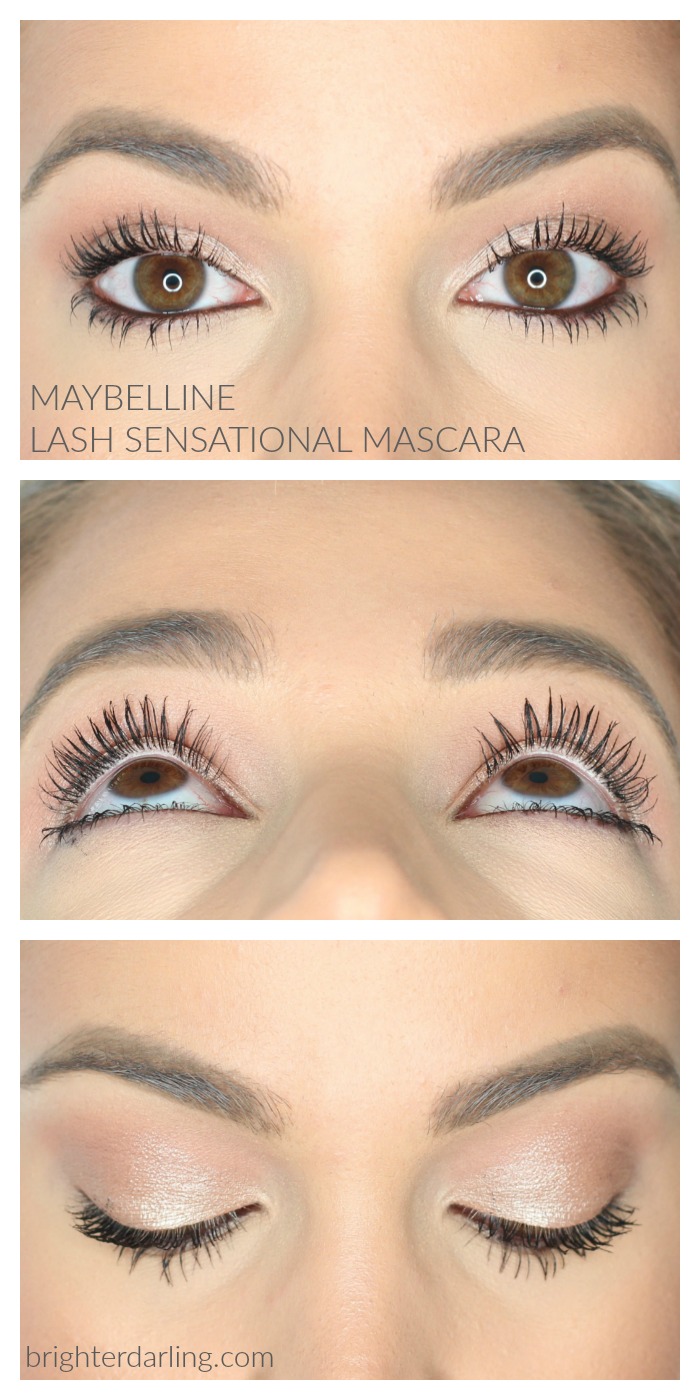 Ok, so I was doing some mild Googling before I wrote this review and came across this helpful little analysis from the big G herself (big G = Google): 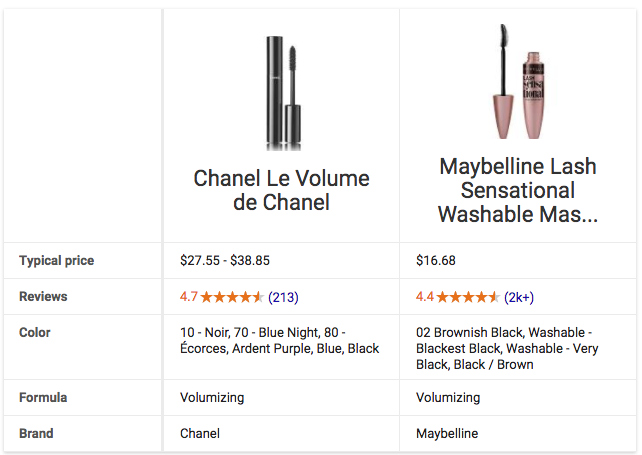 I thought that was interesting/helpful. Anyways…

If you ask my husband, every single time, he picked the Chanel formula. He said it was always no contest and he could tell a huge difference. He said the Chanel side looked voluminous (ok he said “thick”) and he thought I was wearing false lashes more than once.

My thoughts are that Chanel le Volume did exactly as it said it would: it built volume and intense length in a single stroke. I actually had to be careful when layering a second application because it was already SO dramatic in one coat. Maybelline Lash Sensational gave 80% similar effects after two good applications.

I like both rubber/plastic bristle brushes because they’re excellent at catching and combing my lashes, but I think the ‘Snowflake’ design of Chanel’s angles the bristles in a way that almost criss-cross combs (make sense?) your lashes, therefore coating them with a lot more product than Maybelline’s formula. Chanel gives more volume. Maybelline gives more separation.

Neither flaked or smudged as long as I made sure I had a setting powder around my eyes. Chanel’s formula (although more dramatic) removed a little bit easier with my face wash at the end of the night, compared to Maybelline’s.

Chanel wins. Bye, dollars. If you love the look of Chanel Le Volume but just can’t swing $32/3-4 months on mascara, Maybelline Lash Sensational is a solid alternative if you build up 2-3 applications to get the same results as Chanel in 1-2. BUT, you cannot deny the intense and instant results you get from Chanel. Your choice, your money.

*Moral of the story for my husband: this is why nice makeup costs more! Every time I do one of these comparisons, he ALWAYS picks the pricier ‘side,’ His lesson learned: always pick the opposite haha.

Which side do you think looks better from the photos? Have you tried the Chanel formula? Give me all of your thoughts in the comments and/or SHARE this post on social media or with a friend if you found it helpful 🙂 I appreciate it! 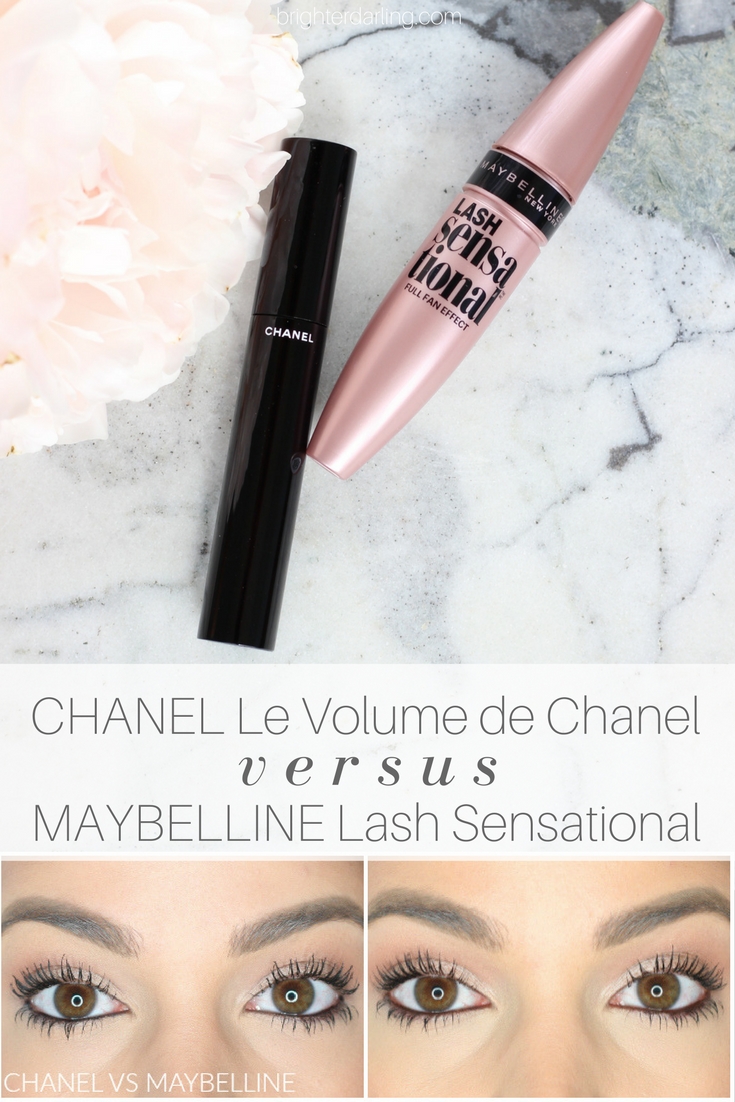